Do you remember me saying I had a bunch of bananas languishing in the fruit bowl that needed something doing with them? Well, this is what I came up with - banana bread! As far as I can remember I've not made it before, so I had a quick search through my cookbooks and found this recipe for chocolate banana bread from the Great British Bake Off cookbook, published last year (I've been given the new one as well, but haven't used it yet). 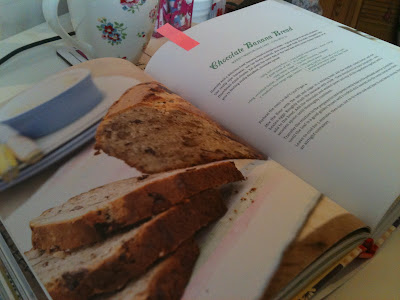 Armed with my ingredients and a new loaf tin courtesy of Mr Tescos, I came home from work on Saturday night, got straight into my pyjamas, shoved my dinner in the oven and got baking! 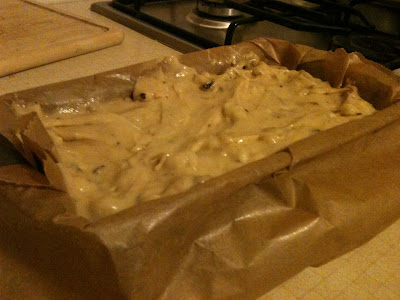 It was a nice and quick and most importantly easy recipe to make - always a good thing when you're baking after work on a Saturday night and are pretty much brain dead. 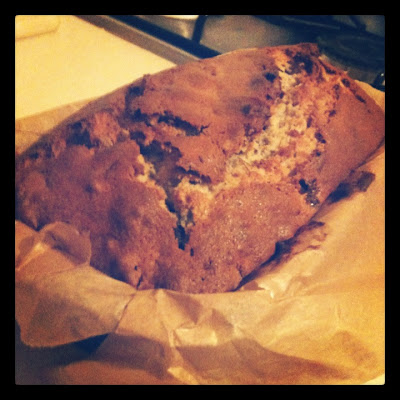 I was fairly impressed with the outcome too, although I found it quite hard to judge when it was done, so it could possibly have done with another 5 minutes in the oven. Why do fan ovens always have to complicate things so? Do you turn down the temperature and bake for the same time? Or do you set it at the temperature stated in the recipe and take it out sooner? I soon discovered that the good old skewer test wasn't going to work - no matter how many times you stab the poor thing with a stick, the little lumps of chocolate and banana mean that it will never 'come out clean'! 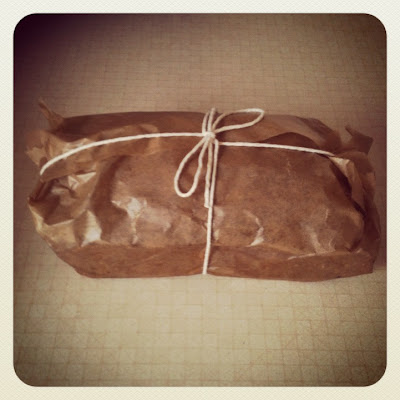 I also made a slight schoolgirl error in putting it into a Tupperware box all wrapped up when it was still a bit warm, but luckily I realised before too much condensation built up! 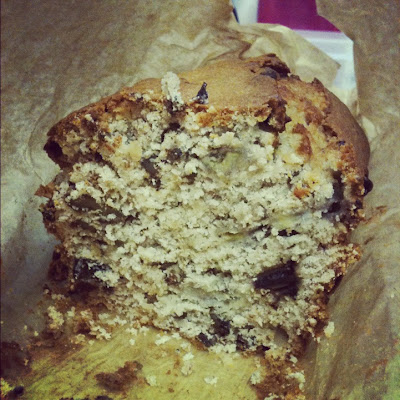 I was rather proud of it actually and it seemed to go down very well with everyone at work. This is definately one I'll be making again!