Here we have one of the many posts I wrote over the summer that for one reason or another never quite made it to publishing. Instead it has been sat languishing in the notes app on my ipad, written but picture-less for several weeks months. So if you can, forget the rain beating on the window outside and cast your mind back to the summer...


At last, a little ta dah - my mini mystery stitch that I've been working on whilst travelling between Dorset and Sussex every week (I last wrote about it in this post here) No one guessed what it was, so I am proud to reveal that it was this little guy... Mr Bumble. 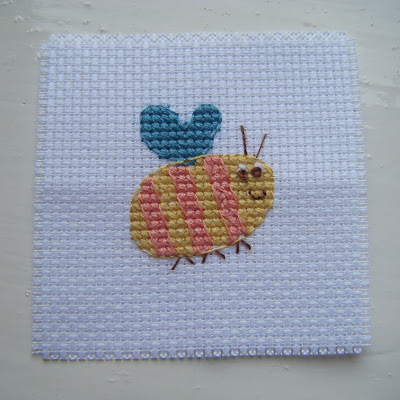 I'm not a massive fan of backstitching on such small designs as the spider's web of lines on the chart can often be quite hard to translate into real stitches. But, despite a few little corners (copied from the chart I swear!) I was actually pretty pleased with my backstitching efforts - especially the stripes. Three stitches on each side of each stripe. Of course it was a happy accident entirely intentional on my part and planned in advance (ahem). 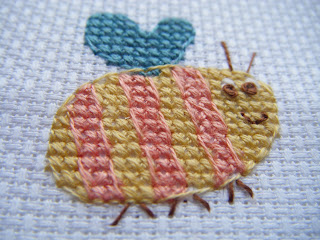 It's also the first time I've attempted french knots. I'd heard so much dislike for them that I was a little apprehensive, having always opted for the seed bead option instead. But, after two failed and unravelled attempts I got the hang of it. They came out a little bigger than intended, but I think it gives him a rather cute boggle-eyed look which adds to his character.

He's from the free stitch kit that came with issue 252 of Cross Stitcher magazine and belongs in the same set as my poor incomplete strawberry... 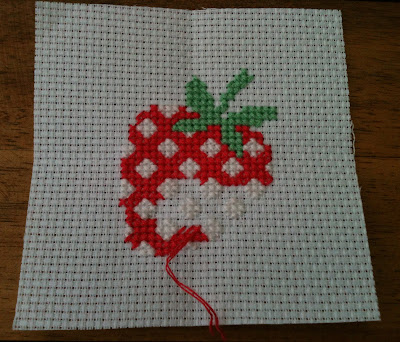 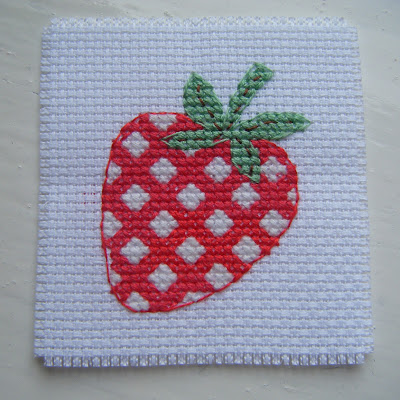 I couldn't face unpicking the whole thing to start again with a different red and didn't want to throw my work away, so I decided to buy a skein of anchor in the shade specified in the key. I was resigned to the fact that it would be blatantly obvious I had switched threads, but as the birthday I had intended to make it for had already passed in the meantime I decided to go with it and just keep it for myself. 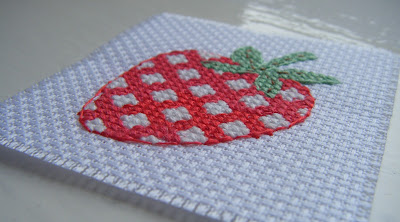 As you can see it wasn't actually that bad a match though! If you look closely and you know what you're looking for then you can see it - the anchor is slightly brighter, has a bit more of a sheen and is much nicer to work with, but apart from that its similar enough. I'd never give it away to anyone because I'm a perfectionist, but I'm sure I can find some use for it somewhere. At the moment it's acting as bookmark in my philosophy of psychology textbook! 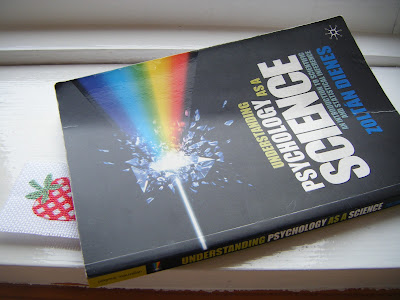